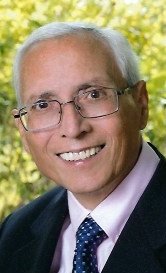 Vincenzo "Enzo" Dionigi Fortunato Marolda, 74, of Vineland, NJ, passed away on Monday, June 22, 2020, peacefully at home surrounded by his family and loved ones.

Enzo was born in Palermo, Sicily to parents Andrea and Lidia Marolda.  Palermo is also where he met Rosa, the woman who would become his beloved wife, with whom he celebrated 50 years of marriage last October.  After serving in the Italian military,  Enzo emigrated to the United States in 1969 to re-unite with Rosa who had moved here 7 years earlier with her family. He found that his love for her was stronger than ever, and they married that same year.

In 1969 he started a job as a junior accountant at the American Insurance Association, which turned out to be the beginning of his long career in the insurance industry. He was determined to live the “American Dream,” so his beloved family could have more than what he had growing up in Italy. He did so through his intelligence, humility and hard work, earning his college degree from Pace University through night school, passing the CPA exam, and  climbing the corporate ladder of success at his company.  He was promoted several times over the years,

eventually rising to the role of Chief Financial Executive of the American Insurance Services Group.

Enzo took an early retirement after 36 years of long days, out of town trips, seminars and meetings. He was eager to leave NYC to spend more quality time with his wife and children and extended Italian family in Vineland, NJ , away from the hustle and bustle of the city.  Unable to sit idle, he quickly became an active member of his community, joining the Italian Cultural Foundation in 2005, where he worked tirelessly to establish and grow the organization, serving first as its Treasurer, and in has last seven years there, as its President.  Enzo’s legacy and influence run deep, and because of his financial and investing expertise, the organization’s endowment was established under his tenure and continues to flourish to this day.  Enzo was also active in retirement giving accounting seminars sponsored by Cumberland County College, teaching the Italian language and cultural history at the Foundation, and giving pro-bono financial and tax advice to friends and relatives when needed. Of course he also found some time to enjoy traveling with his family, relaxing at the beach, eating delicious foods (especially his favorite pasta e fagioli), the serenity of nature, going for walks, Tai Chi, and family gatherings, of which there were many.

Enzo is survived by his beloved wife; Rosa, his two precious children, Andrew and Lydia (Phoenix), his daughter (in-law), Diane, his grandchildren Giulia and Luke, his brother Gabriele and sister Rita, his sisters (in-law) Clorinda, Sara and Lina. He is also survived by his brothers (in-law), Raymond and Stefano, and many cousins, nieces and nephews.  Enzo leaves a legacy of great kindness, generosity, humility, intelligence, humor, love and accomplishment.  He will be missed.

Services and entombment will  be private. We will endeavor to live-stream services for those interested.  Please utilize the following link:  https://youtu.be/hLCQQnY554Y.

Donations for Enzo may be made to: https://padrepio.com/

Share Your Memory of
Vincenzo
Upload Your Memory View All Memories
Be the first to upload a memory!
Share A Memory
Plant a Tree