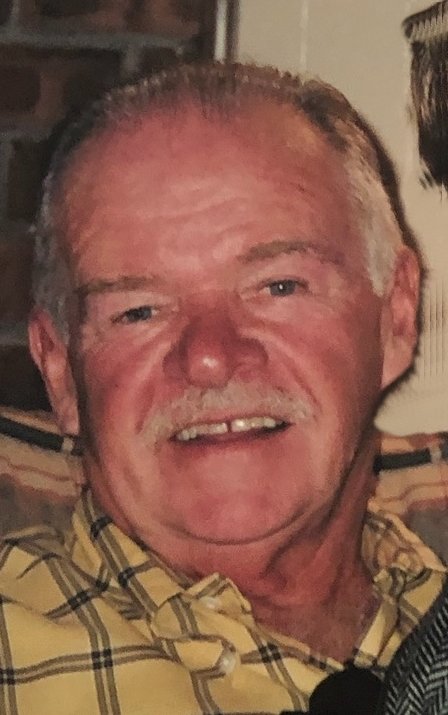 Eugene M. McCann, 83, longtime resident of Vineland and Galloway Township, passed away peacefully on June 14, 2020 at Atlantic Care Regional Medical Center, Trauma Unit.  Gene was born in Brooklyn, NY, on June 12, 1937, to Margaret and Patrick McCann.  He attended St. Mary’s elementary school in Yonkers, NY and Cardinal Hayes High School in the Bronx.  Gene graduated from Vineland High School, class of 1955, where he had been a star basketball player.  Following graduation, he attended Glassboro State College and obtained a Bachelors’ Degree in elementary education.  He began his teaching career at Memorial Junior High School in Vineland in 1959.  While teaching, Gene also attended Montclair State College where he received his math certification enabling him to teach Advanced Math classes at Vineland High School.  He obtained a Masters’ Degree from Glassboro State College in 1968 in Administration.

Gene  became a union advocate and President of the Vineland Education Association while teaching at Vineland High School. In 1968 he became a part-time negotiations consultant for the New Jersey Education Association (NJEA) before becoming a full-time Field Representative in 1971.  He worked out of the Flemington regional office and in 1974, he transferred to the Hammonton office where he worked until his retirement in 1999.  He was chosen in 1996 by his colleagues as the Chief Negotiator for the NJEA United Staff Association (USA) contract.  This was an indication of the level of respect in which he was held by his peers.  Gene’s negotiating skills were held in very high regard by anyone who had the good fortune to sit with him at the negotiating table.

Gene was known for his quick wit, sense of humor and masterful story telling.  He had a passion for life and lived it fully.  A lifelong athlete, Gene ran numerous half marathons and the Philadelphia marathon at the age of 46.  He continued his love for basketball by coaching, refereeing and playing pick up games over the years.  He was fondly referred to as “Coach” by many of his former student athletes.  He loved to follow his favorite teams, the Philadelphia Phillies and the NY Giants, either live or on television.  His favorite pass times included playing golf and traveling with his best friend, soulmate and love of his life, Bonnie, his wife of 28 years.  Two events he was particularly fond of were a 70th birthday celebration in Mexico and a surprise 80th birthday party in Atlantic City because his wife, children and grandchildren were all there. Many of the trips he and Bonnie took were to visit their grandchildren, where proud Pop Pop, their biggest fan, loved watching their soccer, track and field, hockey, marching band, and musical performances.  Music, reading a good John Grisham novel and watching golf were other favorite past times. Unfazed by the cancer he survived, he enjoyed good food, a strong Manhattan but most importantly, the time he spent with family and friends. He will be greatly missed by all that knew and loved him.

Gene was a member of the NEA, NJEA, and NJEA-USA, St. Elizabeth Ann Seton Parish in Absecon, Buena Vista Country Club and the Blue Heron Golf Club, where he and Bonnie have resided for the past sixteen years.

The family requests that any donations made in Gene’s memory be made to: The NJEA The Fred Hipp Foundation for Excellence in Education PO Box 1211, Trenton NJ 08607-1211 or the Humane Society of Atlantic County, 1401 US 30 Frontage Road, Atlantic City, NJ 08401

Share Your Memory of
Eugene
Upload Your Memory View All Memories
Be the first to upload a memory!
Share A Memory
Plant a Tree