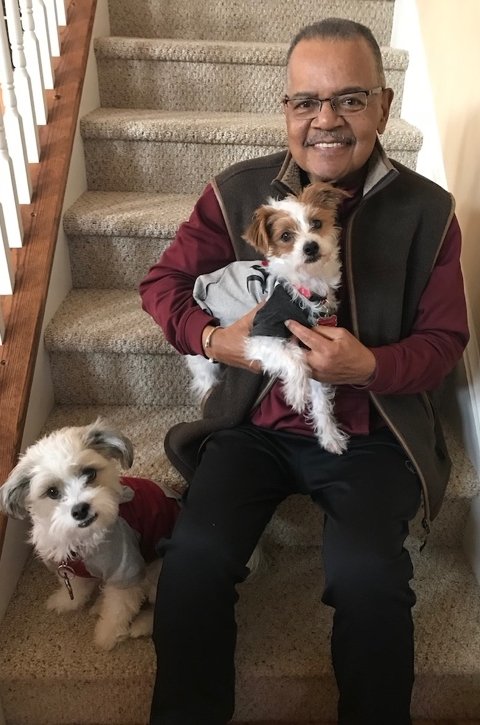 Howard (Badie) W. Jay III returned home to his lord on June 8, 2020. Howard was born on August 5, 1937.  He attended Lawnside Elementary School. He graduated from Haddon Heights High School in 1955.  He was a proud alum of Morgan College and Temple University graduating from Temple in 1961 with his Bachelor’s Degree in Education. He later obtained his Master’s Degree from Antioch University in Ohio. He belonged to the Fraternity Kappa Alpha Pi and Phi Delta Kappan.  He led a long and satisfying career in education as Teacher, Helping Teacher and ultimately Principal.  He was the first black Principal hired by the Vineland Public Schools in 1978.  His memory of his students and their parents was impeccable, he never forgot not one and would recognize many of them as he was out and about in the community.

Howard enjoyed many athletic activities such as football, baseball, skiing, jogging, and lifting weights.   He was a staunch EAGLES fan his entire life holding season tickets until his health would no longer permit it. One of his most treasured memories was going to a baseball game with his father Buzz when the Philadelphia Phillies team was called the Philadelphia Athletics at Shibe Park. He enjoyed reading particularly automobile magazines and served as the go to person for individuals purchasing a new vehicle.  His favorite Author was John Grisham.   He accompanied, in his youth, his organist Mother Edna to many AME church services at Mt. Pisgah in Lawnside where he was a member. Howard also played the piano.  Howard was a silver life member of the National Association for the Advancement of Colored People.

A Memorial service and visitation will take place on Saturday October 10, 2020 from 1 to 3pm with service begining at 1PM. in the Rone Funeral Service.

Due to Covid-19 restrictions, everyone must wear a mask and maintain social distance.

In lieu of flowers the family is asking for donations to be made to the Edna Jay Scholarship, C/O  Lawnside Scholarship Club, P.O. Box 66, Lawnside, NJ 08045

Share Your Memory of
Howard
Upload Your Memory View All Memories
Be the first to upload a memory!
Share A Memory
Plant a Tree