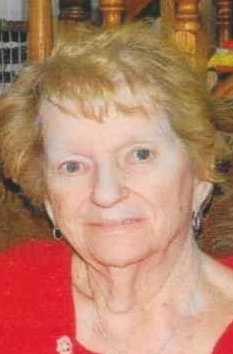 Joan (Morgan) Smaniotto, 90, of Vineland, passed away on September 12th at Genesis Center in Millville. She was born on April 14th 1930 to the late  Ella (Caine) and Russell Morgan and later became the stepdaughter of Francis Palm.  Joan was born and resided in Bridgeton before marrying Vincent Smaniotto and settling in East Vineland. Joan was a loving and devoted mother, grandmother and great grandmother to her large family.  She supported her husband on the family farm and spent many hours babysitting her grandchildren which she enjoyed.  She also was employed as a seamstress during her earlier years and at Wheaton Glass in Millville.  Known for her cooking, especially her meatballs, bread pudding and coleslaw which no one could replicate.  Being surrounded by her family was important to her, hosting many family barbecues, Sunday dinners and Holidays.  She also enjoyed her summer vacations to Wildwood with her family.

There will be a private visitation and funeral mass at Padre Pio Parish- Church Of Our Lady of Pompeii, 4680 Dante Avenue, Vineland, NJ.  Burial will be  held in the church cemetery

Donations in memory of Joan may be made to: St Jude Children's Research Hospital, 501 St Jude Place, Memphis, TN 38105