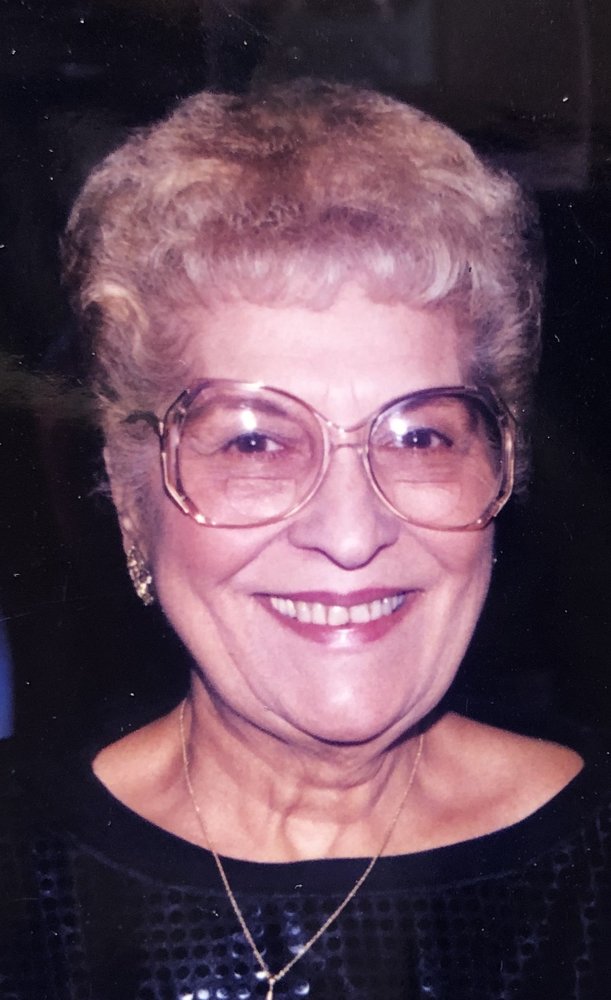 Sophie Formento-Lanzilotta, 93, passed away of natural causes on August 13, 2020 at Cedar Grove Nursing Home in Williamstown, NJ . She  was born to the late Anna (Lenza) and Pietro Cristoforo on August 10, 1927 in Franklin Township, NJ. and  grew up in South Philadelphia. On February 8, 1947 she married Joseph A Formento Jr and together they settled in Minotola, NJ to raise their family.

Sophie was actively involved in the community for many years and was loved by all. From the 1950's -1970's she had a babysitting service where she cared for many children and eventually, because of her devotion, many became her Godchildren. During that time she was a Brownie Leader and volunteer for the American Cancer Society. Sophie was awarded the Citizenship Award for Outstanding Service in 1966 from Buena Borough/Buena Vista Township. In the 1970's she took a job as a Nurse's Aide at the NJ Veterans Memorial Home in Vineland and enjoyed her work there until her retirement.

She is survived by her daughters June Vassallo (George)and Pati Herndon (James); her grandchildren, Tara Bowers (Ted),  Jeanine Kolesar (Mike) and  Adam and Lyn Formento;  great-grandchildren  Dane, Cole and Ava Bowers;  brother Anthony Cristoforo (Theresa),  and her sister-in-law Virginia Cristoforo. Sophie will be missed by her many nieces, nephews, Godchildren and especially her niece Teresa Thornborough and a very special friend, Lilly Kejzman who was always there for her. Sophie was predeceased by her loving husband Joseph Formento  and her second husband Frank Lanzilotta; her son Joseph A Formento III; brothers Nicholas, Michael Christopher and Peter  Cristoforo; and her sisters Dolly Pooler and Caroline Cristoforo.

A very special thank you to the nurses and doctors of Cedar Grove Nursing Home for the care and compassion given to Sophie during her time spent there.

Private graveside services and inurnment will be in Our Lady of Victories Cemetery, 201 W. Delaware Avenue, Landisville, NJ on Thursday, August 20th at 2pm.

In lieu of flowers, the family requests donations in memory of Sophie be made to; St Jude's Children Research Hospital, P.O. Box 50, Memphis, TN 38101-9929 or the Charity of One's Choice.

Share Your Memory of
Sophie
Upload Your Memory View All Memories
Be the first to upload a memory!
Share A Memory
Plant a Tree