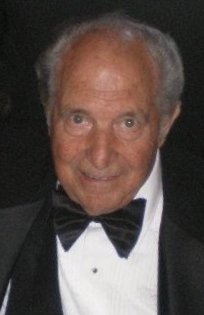 Stefano Riccobene, 88, of Newﬁeld, NJ, passed away peacefully on August 10, 2020, at home surrounded by his immediate family. Stefano was born in Polizzi Generosa, Sicily, to parents Michele and Antonina (Muzzo) Riccobene. He is survived by his wife of 23 years Catherine Riccobene and his children, Antoinette Finizio and Michael Riccobene.

Growing up as an olive farmer in Sicily, he knew he wanted more out of life.  Realizing the lack of opportunity in his native land of Italy, he decided to pursue the American Dream in 1964 by immigrating to the US.   Early on he worked pressing and selling suits for Eagle Clothes in NYC where he met his ﬁrst wife, Providenza Boccone of Palermo, Sicily.  They married in 1965 and within two years he was able to buy a new car, a home in Brooklyn, NY. and his first tuxedo which he proudly wore to friends’ weddings. Anyone who knew him would describe him as one of the hardest working individuals they have ever known.

In 1978 he moved the family to Newﬁeld, NJ and became one of the co-founders of La Conca D’oro Italian Bakery in Vineland and truly set down roots in Southern NJ.  Soon after Providenza’s unexpected death in 1985 he retired from the bakery business.  He worked part time for the Vineland Developmental Center and invested in real estate until his permanent retirement in 2002.

In June of 1997 he married Catherine Cummings who remained his dedicated and devoted wife until his passing.  He was an avid wine maker who won many awards at the Italian Cultural Foundation also known as the Sicilian American Club. He was very proud of his garden and shared cuccuzza, string beans and ﬁgs with family and friends, and he claimed to jar the best tomato sauce in South Jersey.

He was blessed with daughter, Antoinette Finizio and son in law John; son, Michael Riccobene and daughter in law Hillary; 8 loving grandchildren, Gianni Finizio, Giuliano Finizio, Faith Riccobene, Stefano Riccobene, Michael C Riccobene, Joseph Riccobene, Felicity Riccobene and Serena Riccobene all of North Carolina; brother Salvatore Riccobene and sister in law Helga of Germany; his sisters in-law Sara Vivirito, Rosa Marolda, Lina Louie, sister in law and brother in-law Clorinda and Raymond Blasse. He will also be missed by many nieces, nephews, cousins and friends located in the USA, Italy and Germany. He will be remembered for his dedication to his family and friends. He is predeceased by his parents Michele and Antonina Riccobene, his mother in law Catherine Cummings and his sisters, Francesca Scarpa and Carmela Consales.

Donations in lieu of flowers can be made to Parkinson’s Foundation at Parkinson.org or Angelic Palliative and Hospice Care at AngelicHospice.net

A private visitation will be held at Rone Funeral Services in Vineland, NJ, on August 15 from 9am to 10am. Friends are welcome to attend his funeral mass at 10:30am from Our Lady of Blessed Sacrament Parish- Church of St. Michael's in Minotola, NJ,  officiated by Reverend Ariel Hernandez.  Burial will follow at Sacred Heart Cemetery in Vineland, NJ.

We will endeavor to live-stream services on youtube for those interested. Please utilize the following link: https://youtu.be/hLCQQnY554Y.

Due to COVID-19 restrictions, everyone is required to wear facial mask and social distance themselves by 6ft.