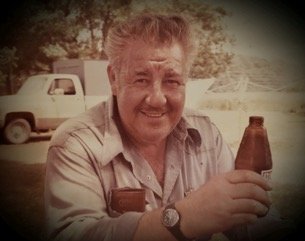 John A. Bucci, 88, of Richland, New Jersey, passed away peacefully on Monday August 3, 2020 with his loving family by his side.  John was the son of George Bucci and Stella Brusco of Hammonton, NJ.  He is survived by his wife Maria Bucci; daughter Donna Franks and her  husband Craig Franks; and his grandchildren Marc and Matthew Franks. He is also survived by his sister-in-laws, Anita Alimenti, Rose Lolli, Miriam Bucci, and Henrietta Bucci. He was predeceased by his son Anthony Bucci;  and his brothers Guy Bucci, and Anthony Bucci.

John lived his life to the fullest with his wife Maria for over 65 years.  John was a truck farmer and owned and operated Bucci Farms and Bucci Farm Market on Rt. 40 near his home.  John worked a garden into his later years growing the best Jersey tomatoes around.   He treasured good times with friends and family, and if you were lucky enough to be his friend, you shared a glass of his homemade wine and heard stories of his life and Italian heritage.    John was an avid hunter, and had his own hunting lodge, “THE TONY FLAIM ROOM,” in his backyard.    He was also an expert cast iron restorer cleaning and polishing many skillets through the years.

John was a member of the Landisville Co-Op, the Vineland Farmer’s and Growers Association and the Buena Vista Exchange Club.

A private mass will be held, and a military burial will take place  at a later date when all can celebrate his life.

Donations can be made in John’s name to The New Jersey Veteran’s Memorial Home, 524 Northwest Blvd. Vineland, New Jersey.

Share Your Memory of
John
Upload Your Memory View All Memories
Be the first to upload a memory!
Share A Memory
Plant a Tree