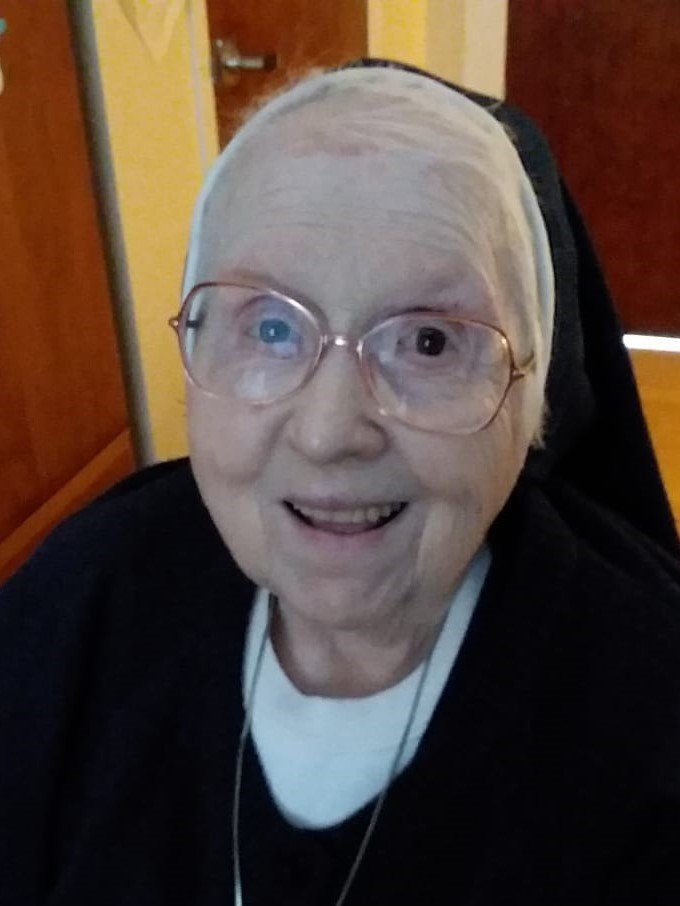 Sister M. Ursula Bowers, age 89, a member of the Daughters of Our Lady of Mercy, Villa Rossello, Newfield, NJ, went to her eternal rest on July 22 at York Hospital. Sister Ursula had been a resident at Misericordia Nursing Center for the past two years.

Sister Ursula, born in Taneytown, Maryland was the daughter of the late Mary Bowers.  She entered the Congregation of the Daughters of Our Lady of Mercy, in York PA in 1947 and professed her vows in 1949.

Having obtained her Bachelor’s degree in education from College Misericordia, Dallas, PA, Sister Ursula ministered as a dedicated teacher in elementary parish schools staffed by the religious order in Springfield and Milford, Massachusetts, in Hershey and Hazleton, PA, and in Newfield and Brigantine, New Jersey..  In her teaching career, Sister Ursula always taught the very young including children of pre-school age at the former Holy Child Nursery, York, PA.  Prior to her retirement from active ministry, Sister Ursula served as Coordinator of Religious Education at Most Precious Blood Parish in Hazleton, PA and was also involved in parish ministry.

A licensed LPN, Sister Ursula was involved in Health Care ministry at Misericordia Nursing Center, York, PA. for several years, where she also served as Assistant Administrator of the facility. For a number of years, she served her religious community as Provincial Treasurer at the Order’s headquarters in Newfield, NJ.

Sister Ursula was noted for her dedication to teaching as well as for her compassionate care of the ill and elderly.  She was known for her ever-ready and quick sense of humor, her friendliness, her love for the young and the old, and her faithfulness to her religious vocation.

In addition to her mother she was predeceased by sisters Catherine Goodling, Helen Hahn and Shirley Low, and her grandnephew Austin Frushour.

A private viewing and service will be held for family members at the Keffer Funeral Home Service on Saturday afternoon, July 25 at 2PM.

The Rite of Christian Burial will take place privately at Pietà Cemetery on the grounds of the Order’s Provincial House, Villa Rossello, Newfield, NJ on Monday, July 27 at 11:00 AM.

A Memorial Mass in honor of Sister Ursula will be scheduled at a later time.

For those who wish, contributions in Sister Ursula’s memory may be made to the Daughters of Mercy, Villa Rossello, 1009 Main Road, Newfield, NJ 08344.

Share Your Memory of
Sister Mary Ursula
Upload Your Memory View All Memories
Be the first to upload a memory!
Share A Memory
Plant a Tree