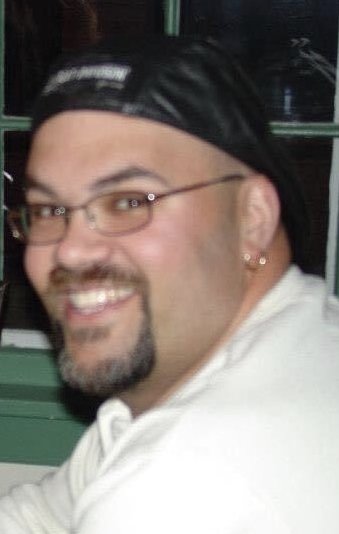 Michael V. Pennino, known for his larger than life personality, passed away on May 26, 2020 at the age of 51.  He had battled diabetes and multiple medical complications due to the disease over the past 30 years.  This disease, however, never defined Michael or kept him from enjoying life to the fullest.  He was always there with a story and a laugh, and he has provided endless memories for those who knew and loved him.

Michael participated in youth football, baseball, and wrestling where he developed great friendships.  In his adult life he joined the brotherhoods of firefighters and motorcyclists, which were both great passions.  Michael was a member of the North Italy Beneficial Association where he loved to go and have lunch and chat with friends.  Michael loved children and was known for his many years of bringing the magic to the Vineland Christmas parade as the big man (Santa), lighting the lights on the avenue and in all the kids’ eyes.

Michael was a devoted father who was extremely proud of his children.  He loved to update everyone on their lives.  He loved offering Jamie fatherly advice, usually unsolicited, about life and his job. He was so proud of Brianna for her academics, being a homeowner, and finding a soulmate.  He never stopped talking about Bailey and her softball exploits.  He loved watching her play.  They truly were his pride and joy from the moment they were born.

Michael was an amazing big brother. Having lost their brother, JJ, at a young age, Mike and Donna’s sibling relationship solidified and was one of the most loving in his life.  Mike was a devoted brother, brother-in-law, and uncle.  He was always ready to lend a hand.  Whether it was a plumbing fix, patching up walls after Hershey destroyed them, or just knowing what tool was needed (and, of course, he had it!).  Mike was always someone to lean on for his brother-in-law, Geno, who knew that whatever it was, Mike could fix it.  His relationship with his niece, Sofia, resembled more of a sibling one as they loved to tease each other.  Michael would do anything for her, even order his pizza plain on occasion as Sofia doesn’t like toppings.  Mike was so proud of his niece Julianna and the beautiful family she built for herself.

Michael was a devoted son to Rosalie.  She loved seeing him happy.  A smile from him would brighten her day.  Rosalie would always be there to give him support, no matter what.  This unwavering love and support was a mainstay in his life, and the constant backing that allowed him to take on the challenges he faced.

Michael was curious by nature and loved to learn new things that he could slip into conversation.  Want to know what’s being built on that vacant lot around the corner? Ask Mike! He enjoyed telling stories and spending time with friends and family.  He loved his extended family and had close relationships with many cousins from both his mother and father’s side.  He enjoyed keeping in touch and reminiscing about old times.  He also enjoyed passing along those stories he heard from them.

Michael was lucky enough to have lifelong friendships with many people. From the days on Columbia Ave, playing hockey in the street or riding bikes, to high school friends who became brothers, to cruising down The Ave.  He could always find a friend, and most of the time he did.

The family would like to thank the small group of physicians who participated in Mike’s care whom he considered not only medical professionals, but friends.  And the feeling was mutual.

Condolences for the family and donations in lieu of flowers may be arranged through the Go Fund Me account that has been created to help his children with his afterlife expenses.

Share Your Memory of
Michael
Upload Your Memory View All Memories
Be the first to upload a memory!
Share A Memory
Plant a Tree