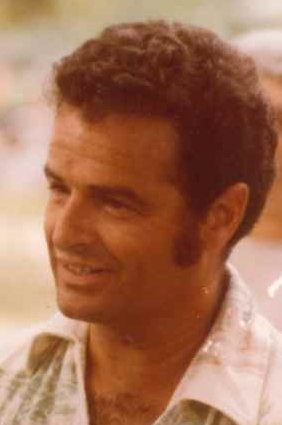 Charles Ignazio Mistretta, 78, of Vineland, New Jersey, passed away peacefully at home on  Wednesday, February 19, 2020  surrounded by his loving family.

At an early age Charles started working on his Grandfathers farm (next door to his house) before and after school every day he could. He often said that his Grandpa taught him more about real life and what to expect when he moved up the ladder of life of manhood.

There were many other side jobs while he attended high school (which he graduated from) but always said that school didn't teach (at that time) how to survive after high school, if you do not pursue higher education.

Two weeks after graduation, Charles landed a job in Philadelphia with a large retail food broker. In 2 years went up the ladder and was promoted to District Supervisor for all of Southern NJ and parts of Pennsylvania. Charles stayed with the Broker for 10 years. He was offered a position of Sales Manager at Progresso Foods. This position transferred him to Rhode Island. This too was a great learning experience. Due to personal reasons, he needed to move back to Vineland, NJ with his three young children.

Chalie was very involved with East Vineland Little League as a Coach, Treasurer and even cooked spaghetti and crabs. When he was coach with his friends Charlie Buck and Dan Chinnici, their team Caterina captured the Farm League Title, winning all 18 games played.

Chalie loved being with his family, friends and cooking. He was not always good about sharing his recipes. Let’s not forget his love of fishing. He had some great catches: 41 3/4 pound striped bass, 39 pound striped bass, 13 pound 1 oz. Flounder, 14 pound 15 oz weakfish and many more. Chalie belonged to the Highland Anglers fishing club, where he was Fisherman of Year in 1987, 1991 and 1993.

A funeral home Visitation will be on Monday, February 24 from 9am to 11am followed by a funeral service at 11am from  Rone Funeral Service, 1110 East Chestnut Avenue, Vineland, NJ.  Burial will be in Sacred Heart Cemetery, Vineland, NJ.

In lieu of flowers, donations in memory of Charles may be made to: Heartland Hospice Care, 2111 New Road, Suite 100, Northfield, NJ 08225