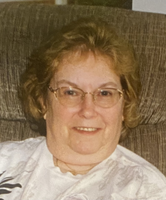 Diane Lee Hagenbarth, 81, passed away unexpectedly on August 3, 2022 at West Shore Hospital in Mechanicsburg, PA. There will never be enough words to describe what her loss means to her family. All we can say is we were lucky to have had her with us here on earth and she will be deeply missed. Born on February 13, 1941 to Joseph and Eva Dougherty, Diane grew up in Philadelphia where she attended West Catholic Girls School. After high school, Diane went on to Jefferson Nursing School where she met her husband of 62 years, Chester E. Hagenbarth, at a mixer with Drexel University. The couple eventually settled down in Vineland, NJ and raised three loving children. Diane dedicated her life to engaging in all aspects of her children`s lives. She got everyone to practice, helped with homework and somehow never missed a sporting event all while working as a registered nurse; participating in local charities and making sure everyone was well-fed. Diane was known for her caring heart and would do anything to help out a person in need. Diane continued to focus on her family after she retired from nursing by moving to Carlisle, PA to help raise two of her grandchildren. She often traveled to Vermont to visit family and watch her grandchildren participate in sports and perform at recitals. When she wasn`t with her grandchildren, Diane was an avid reader and enjoyed watching sports, especially baseball. Since her youth, she was also always surrounded by pets and enjoyed having a dog and cat even during the later years of her life. She was preceded in death by her parents, Joseph and Eva Dougherty, and her daughter, Cheryl Ann Hagenbarth. She is survived by her husband, Chester E. Hagenbarth, Sr., and her children, Chester E. Hagenbarth, Jr. and his wife Gwen, and Lee Ann H. Murray and her husband, Andy. She is also survived by her grandchildren, Colin Hagenbarth and his wife, Brittany, Kristin Hagenbarth, Jack Murray and Katherine Murray, as well as a big, lovable labradoodle named Max. A funeral home visitation will be held on Tuesday, August 9, 2022 from 6pm to 8pm and Wednesday, August 10, 2022 from 9am to 10am, followed by a funeral mass at 10:30am at Sacred Heart Church, 1010 East Landis Avenue, Vineland, NJ 08360. Interment will follow in Sacred Heart Cemetery in Vineland. Arrangements are under the supervision of Rone Funeral Service, 1110 East Chestnut Avenue, Vineland, NJ 08360. To send online condolences please visit our website at www.ronefuneralservice.com.