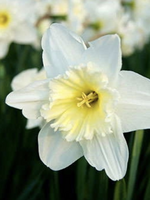 Jean R. Alvino, 88, passed away on December 24, 2021 at Manor Care/Promedica Nursing Home in Sewell, NJ following a short illness. Jean was born on December 16, 1933 to the late Alfonso Marciano and Angelina Scarduzio, who passed away when Jean was a young girl. Her father later married Carmela (Canino) who became a second mother to Jean. They formed a close relationship until Carmela died in 1998. Prior to retirement, Jean was employed at Vineland City Hall after high school and later worked as a legal secretary for many years. She enjoyed spending time with her family and friends. Jean was an avid reader and enjoyed going to the casino and playing the lottery. Jean is survived by her sons, David Alvino, Darren Alvino (Karen Mondelli), and Dean Alvino, (who died suddenly and unexpectedly on January 5, 2022); her daughter-in-law Anne Alvino; her grandchildren, Darren, Jr., Dustin (Jessica) and their children, Adrian and Declan; Leigh Anne Erickson (Tim) and their children Madison and Makena; Deanna Rodriguez (Aaron) and their children Daria and Dean James; former daughter-in-law, Lisa Alvino; and her sisters, Dolly Marciano and Josie Neill (Norman). She is also survived by nephews, nieces and cousins on the Scarduzio, Alvino, Marciano and Canino sides. Jean was predeceased her sister Doris (Marciano) Sperling. Graveside services were held privately. ARRANGEMENTS are under the supervision of Rone Funeral Service, 1110 East Chestnut Avenue, Vineland, NJ 08360 For those who wish, donations can be made to Deborah Heart and Lung Center in NJ where her son Dean was treated without charge for many of his younger years. To send online condolences please visit our website at www.RONEFUNERALSERVICE.com