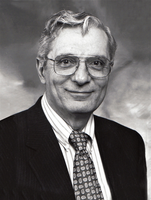 Being willing is not enough. We must do. - Leonardo da Vinci Frank J. DeMaio, Jr. died on Wednesday, August 25th at Inspira Hospital, Vineland, NJ after receiving the best modern multidisciplinary and compassionate medical care. He was 90 years old. Many considered Frank a renaissance man. Most knew him as a dedicated physician who valued education and his community. He never forgot his beginnings, his family, friends, and colleagues. The driving force of his life was to make the world a better place than he found it. Frank felt fortunate an that during his life he received recognition of many services and duties he performed. His parents, Genoeveffa and Francesco, immigrated from Forio, d'Ischia, settling Landisville where Frank was born. His work ethic, love of Italy, curiosity, and sense of civic duty came from them. Childhood friends Americo "Rick" Antonelli and Anthony Napoli, attended Vineland High School and Villanova University together. Rick completed law school. Anthony and Frank graduated from Hahnemann Medical School (now Drexel). There, Frank completed general internship, residency in Internal Medicine, and Pulmonary Fellowship, then a new field. He returned home to Vineland in 1963 and opened office. After 53 years of solo medical practice, he retired along with his office nurses, Terry Aberle and Larissa Emigholtz. A hallmark of his life was education and lifelong learning. Frank was the VHS Class of 1949 Valedictorian and Student Council President, a Villanova honor student, and a member of Alpha Omega Alpha medical honor society. At Newcomb and later South Jersey Regional Hospital (now Inspira) he sponsored high school and college students providing exposure to medicine. Frank also worked with Gloria Ronchetti and the nursing program. He started and managed weekly educational Grand Rounds at Newcomb and after the merger to Inspira Health Center. He provided contents for the Inspira medical history display cases. To honor and recognize outstanding physicians, he started the "Doctor of the Year." The Education Center at Inspira Health Center is named in his honor. A solo practitioner, he was rarely far from his patients. He really did make house calls. He was recognized by multiple agencies: The 1997 Physician of the Year, Home Care Center for Home Health Development; the 1998 Vineland Chamber of Commerce Professional Business of the Year; the 2000 Chapel of the Four Chaplains Legion of Honor Award for "service to all people regardless of faith or race;" and the 2015 "Grapevine "Hometown Hero". The Congress of the U.S. House of Representatives, the State of NJ Senate and General Assembly, and Cumberland County officially recognized his "invaluable" medical service to the community. Frank served on numerous medical leadership positions at Newcomb Hospital, South Jersey Regional Medical Center, and Inspira. At Newcomb he was Department of Medicine Chairman 1974-1976, President of the Medical and Dental Staff 1979-1982, and Member, Board of Directors 1982-1989. Frank was proud of his heritage and was involved in many organizations. He started the annual Italian Heritage Student Art Show for area high schools at the Public Library. For years, he spoke at the annual Columbus Day Ceremony. He gave informative slide shows on Italian history and Padre Pio. The Associazone Regionale Siciliana in 2008 and the Sicilian-American Club in 1997 acknowledged his efforts with lifetime achievement awards. His civic contributions extend to The Friends of Historic Vineland to celebrate the establishment of Vineland. "Founder's Day" grew to a 2-day celebration with over 40 exhibits, contests, and entertainment. He was the Chairman for the 150th Celebration of Vineland's Founding. Many knew him from portraying Vineland founder, Charles Landis. Numerous local and regional organizations have applauded his efforts to keep history alive, including Millennium Commission, the Cumberland County Bar Association, Cumberland County and the City of Vineland and Hendricks House. Frank's lifelong creative streak and interest in hobbies is diverse even as a youngster. His pastimes included roses and azalea gardening, metal work, masonry, carpentry, cabinetry, sleigh restoration, photography, photo restoration, archival framing, and airbrush art pictures. He particularly enjoyed photographing the then new VHS Swim Team. Frank was a partner with best friends (predeceased) Norman and June Cohen in the "Grace Christmas Tree Farm." Frank is predeceased by his wife of 62 years, Grace Marlene Landrum. They were the proud parents of three children: Marlene an orthopaedic surgeon and US Navy veteran; Francesco, a linguist; and Frank Nicholas, special education educator. Both his sisters were teachers. He was also survived by his sister, Candida 'Connie " Logan (J. Douglas); nieces, Carol Logan Lew (Kent), Roberta Maria (Chiofalo) Uniglicht, Mary Sharon Bedrosian; nephews Salvatore (Lucy) Chiofalo, Jr; James D. (J.D.); and other family members Gail Branc, Carolee (Jim) Krasnov, Christopher Chiofalo, and Stephanie Chiofalo. He is predeceased by his sister Mary Chiofalo and her husband Salvatore. Frank leaves behind many friends and colleagues. His family wishes they could list them all. Out of respect for Dr. Frank, his family requests that everyone please wear a mask regardless of vaccination status. A church visitation will be held on Monday, August 30, 2021 from 9am to 11am followed by a funeral mass at 11:30 am from Christ The Good Shepherd Parish - Church Of Sacred Heart, 1010 East Landis Avenue, Vineland. Interment will follow in Siloam Cemetery, Vineland. ARRANGEMENTS are under the supervision of Rone Funeral Service, 1110 East Chestnut Avenue, Vineland, NJ 08360 Donations in memory of Frank may be made to: The Inspira Foundation or The Charity of Your Choice. To send online condolences please visit our website at www.RONEFUNERALSERVICE.com